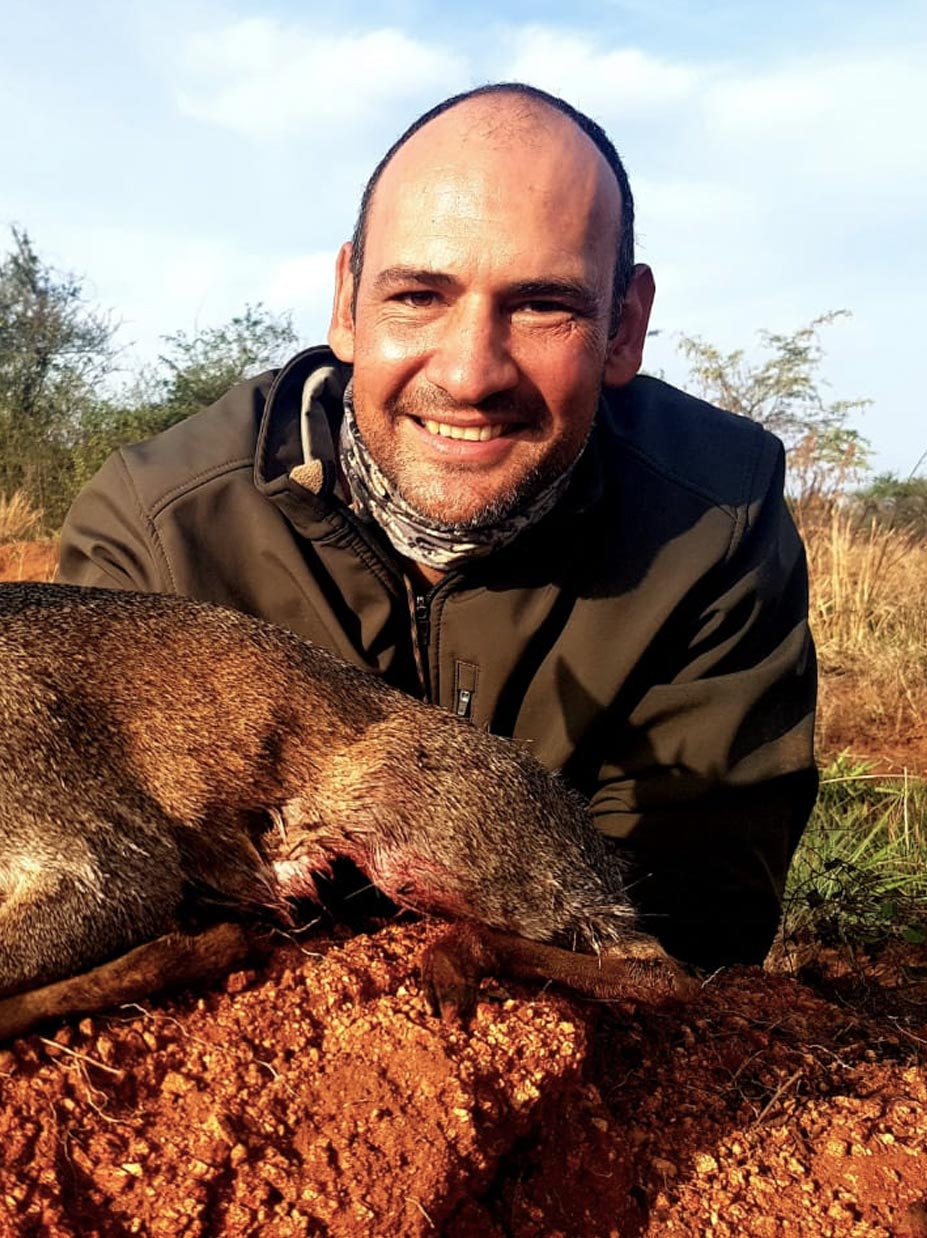 Edwin Young was born on 1st June 1983 in South Africa and was raised in the Kruger National Park. He began his career in Botswana by conducting lion research in the Okavango Delta as part of the requirements to complete his Bachelor’s Degree in Game Ranch Management. During this period, he became actively involved in the hunting industry and managed a hunting concession and hunting camp. He subsequently registered his own company in Botswana, which focused on managing photographic safaris, conducting tourism tenders and providing assistance to teams filming wildlife documentaries.

During 2007 he successfully completed his Professional Hunters license in Botswana and became the youngest Professional Hunter in the country. From that point onwards his career focussed on guiding both plains game and dangerous game hunts as well as photographic safaris. In 2009 he began hunting in Mozambique as well, and hunted both these countries until Botswana closed hunting in its Controlled Hunting Areas in 2012. From that point on he focussed on hunting exclusively in Mozambique until 2020, when he began guiding hunts in Uganda as well.

In addition to the above, Edwin has managed Hunting Operators anti-poaching teams in Mozambique since 2009. This position requires him to remain in the field for most of the year. He has a strong passion for wildlife conservation and hunting and has spent most of his life in big game areas. His love for the great outdoors was nurtured from an early age by his family who have a strong nature conservation background. Edwin’s late father Dr.Eddie Young, was a pioneer wildlife veterinarian, game farmer, wildlife conservationist and author.

In response to the current global COVID-19 outbreak, we have developed the following guidelines for the operation of all our camps, lodges, and safari services in Uganda. These protocols are in line with guidelines communicated by the Uganda Ministry of Health and are aligned to protocols and advice from the World Health Organization.

Due to the fluid situation on the ground in Uganda the entry requirements may be subject to change with very little notice and we therefore recommend you contact our operations department team and agents for any further updates required.